You are here: Home › Blog › 2004 50th Anniversary of the Bermuda Orchid Society
By Neil Rigby on November 18, 2004 in Commemoratives 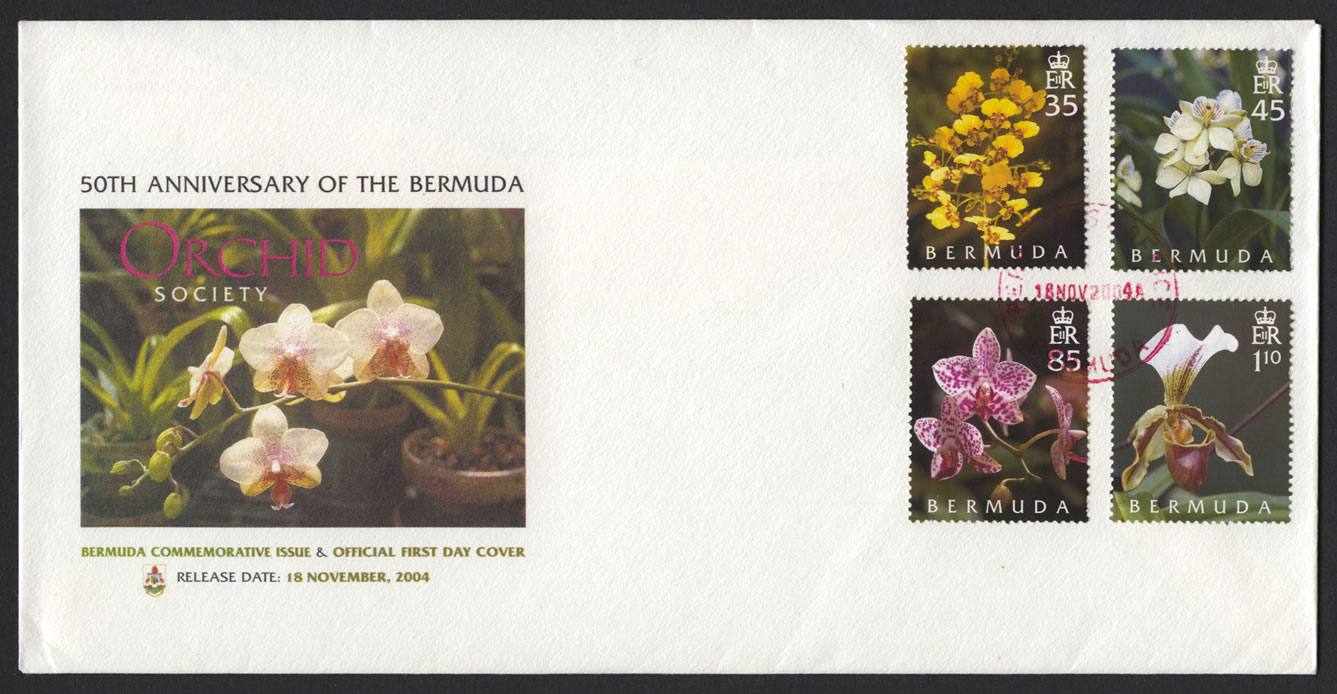 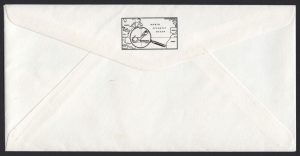 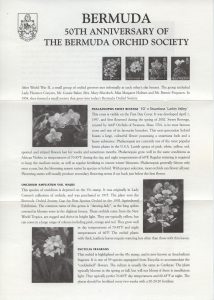 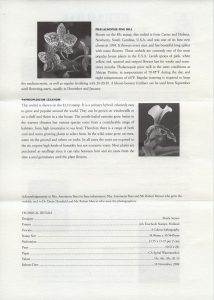 PHALAENOPSIS SWEET REVENGE ‘1D’ x Stuartiana ‘Larkin Valley’
This cross is visible on the First Day Cover. It was developed April 1, 1997, and first flowered during the spring of 2002. Sweet Revenge, created by A&P Orchids of Swansea, Mass. USA, is its most famous cross and one of its favourite breeders. This next-generation hybrid boasts a large, colourful flower possessing a stuartiana look and a heavy substance. Phalaenopsis are currently one of the most popular house plants in the U.S.A. Lavish sprays of pink, white, yellow, red, spotted and striped flowers last for weeks and sometimes months. Phalaenopsis grow well in the same conditions as African Violets, in temperatures of 70-85°F during the day, and night temperatures of 60°F. Regular watering is required to keep the medium moist, as well as regular fertilising to ensure winter blossoms. Phalaenopsis generally bloom only once a year, but the blooming season varies by species or hybrid. With proper selection, most orchids can flower all year. Flowering stems will usually produce secondary flowering stems if cut back just below the first flower.

ONCIDIUM AMPlIATUM VAR. MAJUS
This species of oncidium is depicted on the 35c stamp. It was originally in Lady Conyer’s collection of orchids, and was purchased in 1975. The plant won the Bermuda Orchid Society Cup for Best Species Orchid in the 1992 Agricultural Exhibition. The common name of this genus is “dancing-lady”, as the long spikes covered in blooms wave in the slightest breeze. These orchids come from the New World Tropics, are rugged and thrive in bright light. They are typically yellow, but can come in a large range of colours including pink, orange and red. They grow well in day temperatures of 70-85°F and night temperatures of 60°F. The orchid plants with thick, leathery leaves require watering less often than those with thin leaves.

ENCYClIA FRAGRANS
This orchid is highlighted on the 45c stamp, and is now known as Anacheilium fragrans. It is one of 59 species segregated from Encyclia to accommodate the “cockleshell” flowers. The culture is usually the same as Cattleyas. The plant typically blooms in the spring or fall, but will not bloom if there is insufficient light. They typically prefer 70-80°F day temperatures and 60-65°F at night. The plants should be fertilised every two weeks with a 20-20-20 fertiliser.

PHALAENOPSIS PINE HILL
Shown on the 85c stamp, this orchid is from Carter and Holmes, Newberry, South Carolina, U.s.A. and was one of its best new clones in 1994. It flowers every year, and has beautiful long spikes with many flowers. These orchids are currently one of the most popular house plants in the U.S.A. Lavish sprays of pink, white yellow, red, spotted and striped flowers last for weeks and sometimes months. Phalaenopsis grow well in the same conditions as African Violets, in temperatures of 70-85°F during the day, and night temperatures of 60°F. Regular watering is required to keep the medium moist, as well as regular fertilising with 20-20-20. A bloom booster fertiliser can be used from September until flowering starts, usually in December and January.

PAPHIOPEDILUM LEEANUM
This orchid is shown on the $1.10 stamp. It is a primary hybrid, relatively easy to grow and popular around the world. They can be grown on windowsills or on a shelf and thrive in a slat house. The mottle-leafed varieties grow better in the warmer climates but various species come from a considerable range of habitats, from high mountains to sea level. Therefore there is a range of both cool and warm growing plants to select from. In the wild, some grow on trees, some on the ground and others on rocks. In all cases the roots are exposed to the air, require high levels of humidity but not excessive water. Most plants are purchased as seedlings since it can take between four and six years from the time a seed germinates until the plant flowers. 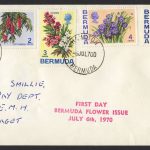 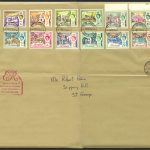 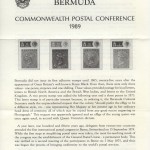 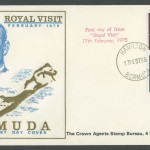 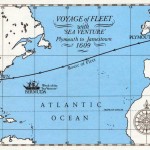