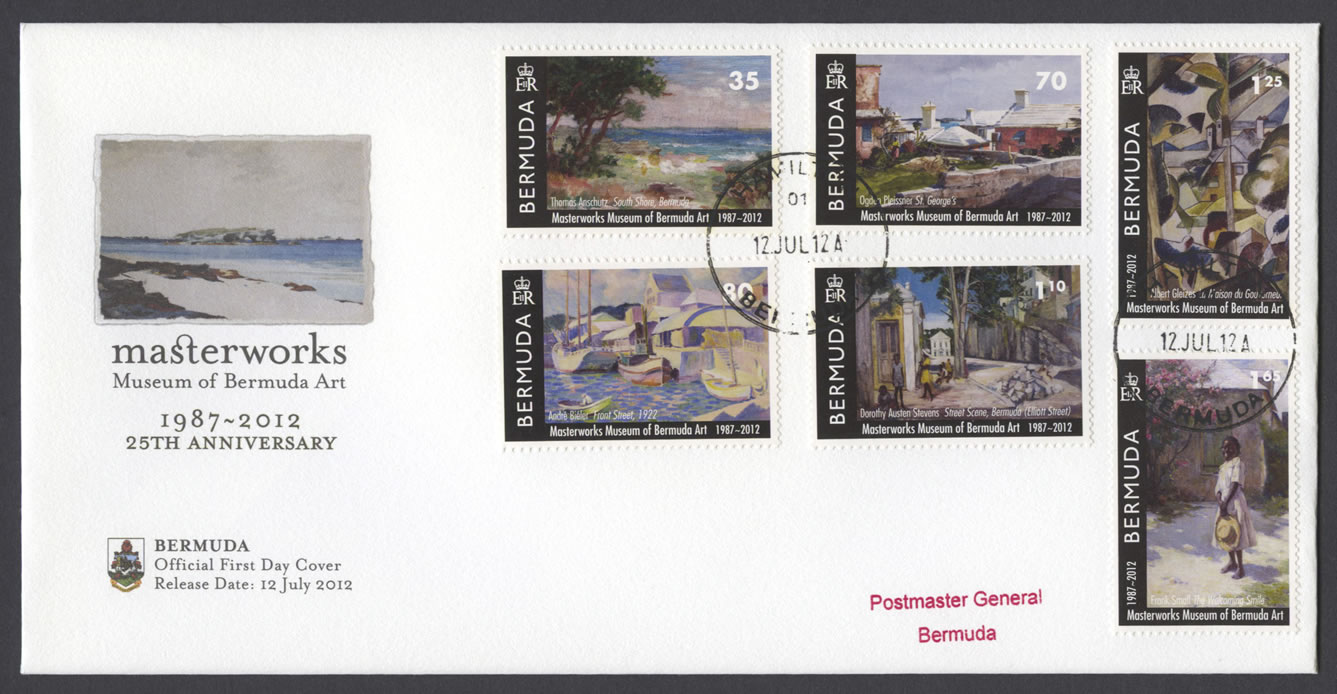 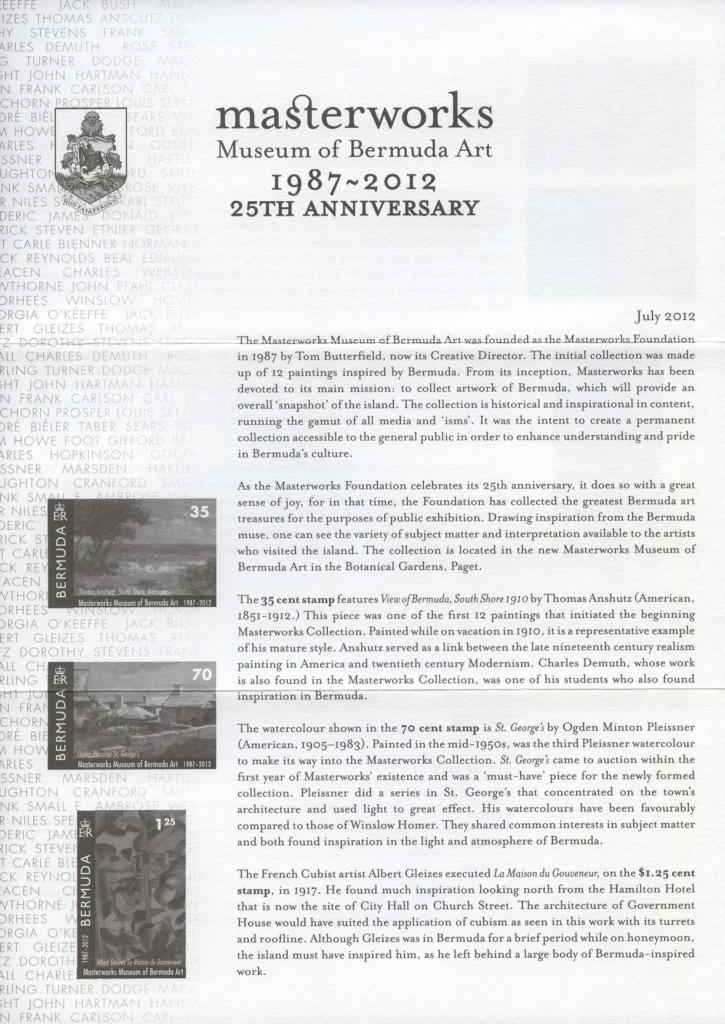 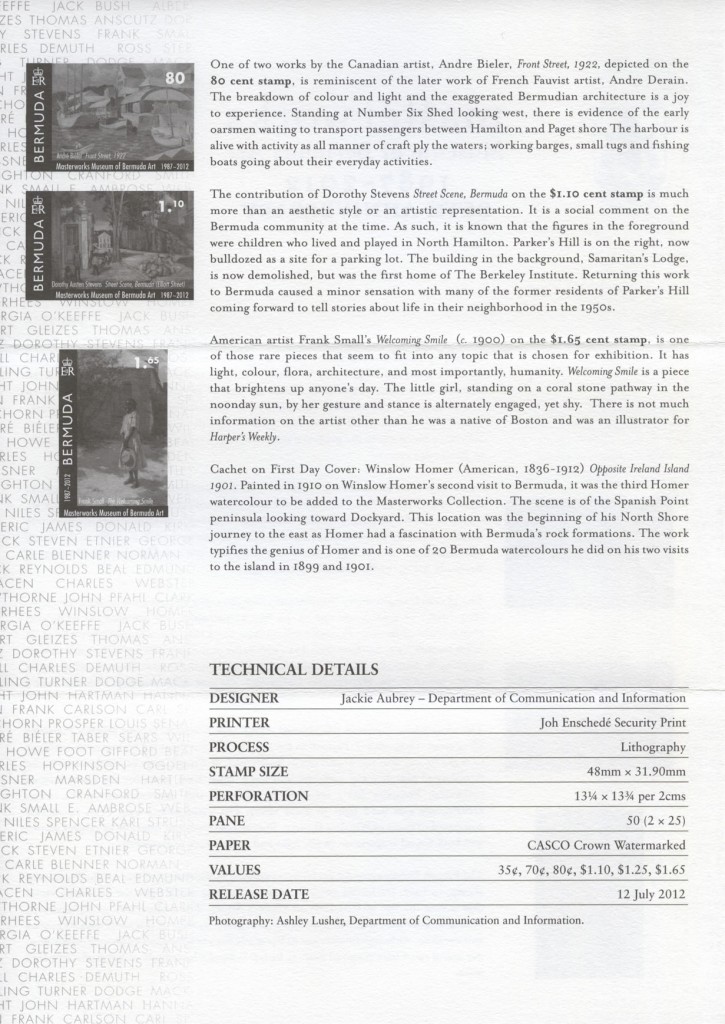 The Masterworks Museum of Bermuda Art was founded as the Masterworks Foundation in 1987 by Tom Butterfield, now its Creative Director. The initial collection was made up of 12 paintings inspired by Bermuda. From its inception, Masterworks has been devoted to its main mission: to collect artwork of Bermuda, which will provide an overall ‘snapshot’ of the island. The collection is historical and inspirational in content, running the gamut of all media and ‘isms’. It was the intent to create a permanent collection accessible to the general public in order to enhance understanding and pride in Bermuda’s culture.

As the Masterworks Foundation celebrates its 25th anniversary, it does so with a great sense of joy, for in that time, the Foundation has collected the greatest Bermuda art treasures for the purposes of public exhibition. Drawing inspiration from the Bermuda muse, one can see the variety of subject matter and interpretation available to the artists who visited the island. The collection is located in the new Masterworks Museum of Bermuda Art in the Botanical Gardens, Paget.

The 35 cent stamp features View of Bermuda, South Shore 1910 by Thomas Anshutz (American, 1851-1912.) This piece was one of the first 12 paintings that initiated the beginning Masterworks Collection. Painted while on vacation in 1910, it is a representative example of his mature style. Anshutz served as a link between the late nineteenth century realism painting in AInerica and twentieth century Modernism. Charles Demuth, whose work is also found in the Masterworks Collection, was one of his students who also found inspiration in Bermuda.

The watercolour shown in the 70 cent stamp is St. George’s by Ogden Minton Pleissner (American, 1905-1983). Painted in the mid-1950s, was the third Pleissner watercolour to make its way into the Masterworks Collection. St. George’s came to auction within the first year of Masterworks’ existence and was a ‘must-have’ piece for the newly formed collection. Pleissner did a series in St. George’s that concentrated on the town’s architecture and used light to great effect. His watercolours have been favourably compared to those ofWinslow Homer. They shared common interests in subject matter and both found inspiration in the light and atmosphere of Bermuda.

The French Cubist artist Albert Gleizes executed La Maison du Gouveneur, on the $1. 25 cent stamp, in 1917. He found much inspiration looking north from the Hamilton Hotel that is now the site of City Hall on Church Street. The architecture of Government House would have suited the application of cubism as seen in this work with its turrets and roofline. Although Gleizes was in Bermuda for a brief period while on honeymoon, the island must have inspired him, as he left behind a large body of Bermuda-inspired work.

One of two works by the Canadian artist, André Biéler, Front Street, 1922, depicted on the 80 cent stamp, is reminiscent of the later work of French Fauvist artist, Andre Derain. The breakdown of colour and light and the exaggerated Bermudian architecture is a joy to experience. Standing at Number Six Shed looking west, there is evidence of the early oarsmen waiting to transport passengers between Hamilton and Paget shore The harbour is alive with activity as all manner of craft ply the waters: working barges, small tugs and fishing boats going about their everyday activities.

The contribution of Dorothy Stevens Street Scene, Bermuda on the $1.10 cent stamp is much more than an aesthetic style or an artistic representation. It is a social comment on the Bermuda community at the time. As such, it is known that the figures in the foreground were children who lived and played in North Hamilton. Parker’s Hill is on the right, now bulldozed as a site for a parking lot. The building in the background, Samaritan’s Lodge, is now demolished, but was the first home of The Berkeley Institute. Returning this work to Bermuda caused a minor sensation with many of the former residents of Parker’s Hill coming forward to tell stories about life in their neighborhood in the 1950s.

American artist Frank Small’s Welcoming Smile (c. 1900) on the $1.65 cent stamp, is one of those rare pieces that seem to fit into any topic that is chosen for exhibition. It has light, colour, flora, architecture, and most importantly, humanity. Welcoming Smile is a piece that brightens up anyone’s day. The little girl, standing on a coral stone pathway in the noonday sun, by her gesture and stance is alternately engaged, yet shy. There is not much information on the artist other than he was a native of Boston and was an illustrator for Harpers Weekly.

Cachet on First Day Cover: Winslow Homer (American, 1836-1912) Opposite Ireland Island 1901. Painted in 1910 on Winslow Homer’s second visit to Bermuda, it was the third Homer watercolour to be added to the Masterworks Collection. The scene is of the Spanish Point peninsula looking toward Dockyard. This location was the beginning of his North Shore journey to the east as Homer had a fascination with Bermuda’s rock formations. The work typifies the genius ofHomer and is one of 20 Bermuda watercolours he did on his two visits to the island in 1899 and 1901. 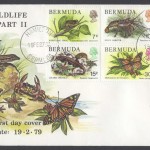 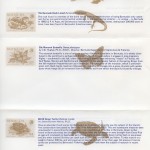 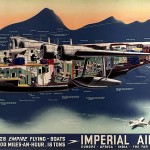 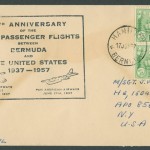 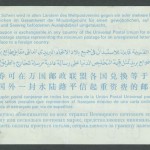 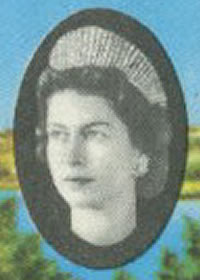