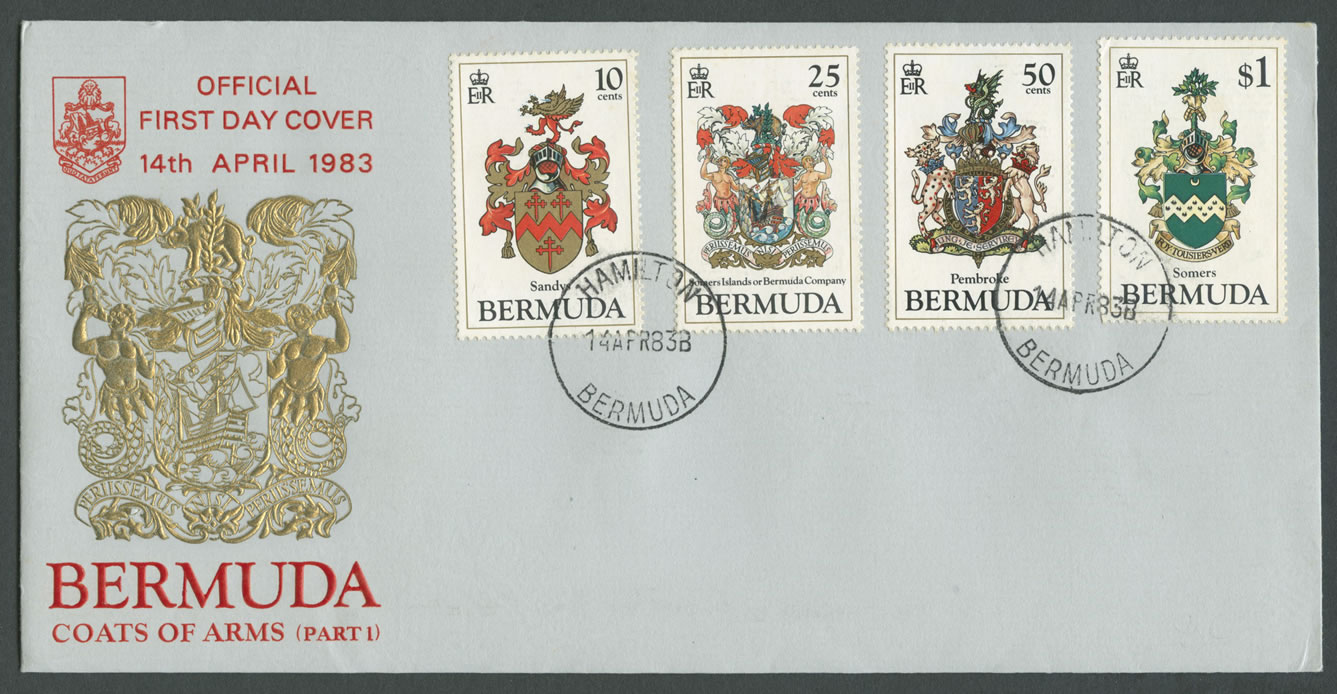 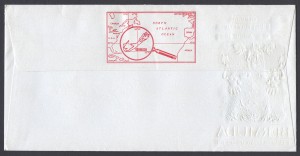 By:E.A.Burton
The colonisation of the Bermudas or Somers Islands occurred as a direct result of the sinking of the”Sea Venture”, a ship of about 300 tons, being the flagship of a fleet of nine vessels which set sail from England on 2nd June, 1609, under the command of Admiral Sir George Somers, bound for the settlement of Jamestown, Virginia. The “Sea Venture” was wrecked in hurricane conditions on the shores of what was then known as the “Isle of Devils” on 27th July, 1609, all passengers and crew surviving.

After a settling in period the artisans from the “Sea Venture”, with great perseverence, were able to build two barques; one of about 80 tons – the “Deliverance”, and the other of 30 tons – the “Patience”. They were built from endemic cedar trees, with the aid of tools and materials recovered from the wreck. On 10th May, 1610, all survivors – except two dissidents who were left behind as deserters – once again set sail for Jamestown, less than ten months after being shipwrecked. They arrived there in just 13 days but, to their horror, found that of the original 500 settlers, all but 60 had died of disease, starvation or violent confrontation with Indians. The arrival of the barques therefore was something of a saviour for the settlement.

News of the idyllic conditions in the Somers Islands spread quickly, and in 1612 settlers were sent out under the auspices of the Virginia Company, which continued to control the affairs of the Islands until 1615, when The Bermuda Company was incorporated by people of title, public stature or wealth. Government was vested in the Crown in 1684.

The original survey of the Islands by Richard Norwood divided them into eight Tribes of 50 shares each. A short time later the Tribes became Parishes and they were named after “Adventurers for the Plantation of the Somers Islands” – all of whom were titled and bore Arms. However, the most easterly parish, named after Lord De La Warre, was soon re-named St Georges. Arms in Britain date from the twelfth century. They are created by the authority of the Crown under which they are controlled by the College of Arms in England, Northern Ireland and the Commonwealth and its counterpart in Scotland. The study of Arms (Heraldry) is an exacting science.

This new commemorative issue of stamps depicts the Arms of the eight persons who gave their names to the parishes – and of Admiral Sir George Somers, the town of St George, the city of Hamilton, The Bermuda Company and Bermuda.

The Armorial particulars of which are as follows:-

ARMS: Or a fess dancetty between three crosses crosslet fitchy gules. CREST: On a torse or and gules a griffin segreant per fess or and gules.

ARMS: “Argent a shipp in a wrought sea wrecked between two Rocks all proper And for their Crest upon an Helme and a Torce of Argent and Gules a Bore on a Mount betweene two Palmetts trees proper and also two Tritons for theire Supporters”. The Motto “Periissemus Nisi Periissemus”-(“We should have perished had we not persevered”). These Arms were granted in 1635 and the present representation is extracted from the original entry in the Records of the College of arms.

ARMS: Vert a fess dancetty ermine. A crescent for difference. CREST: On a torse argent and vert a coat of armour hanging from a laurel bush all proper. 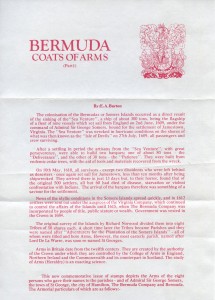 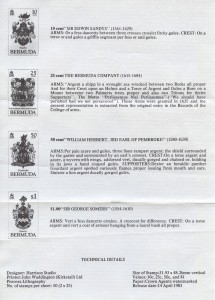 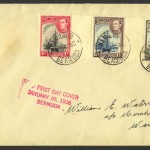 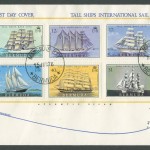 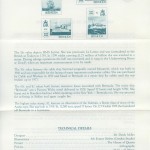 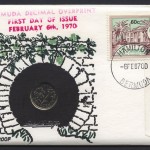 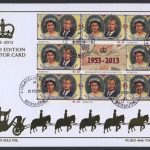 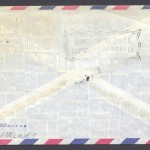